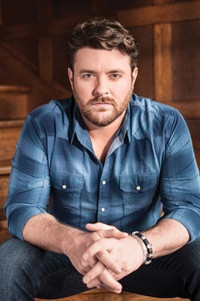 CELL PHONE CAMERAS ONLY.  NO CAMERAS, NO IPADS, NO GO PROS, NO SELFIE STICKS, NO FLASH ALLOWED.

With five albums to his credit, GRAMMY® nominee Chris Young has amassed eight No. 1 singles, and fifteen Gold/Platinum certifications.  Among the RCA Records artist’s hits are “Gettin’ You Home,” “Voices,” “Tomorrow,” “I’m Comin’ Over” and his most recent No. 1,“Think Of You,” the Grammy and CMA nominated duet with Cassadee Pope and fastest-rising single of Young’s career.  Released in November of 2015 and debuting at No. 1 on Billboard’s Top Country Albums chart, Young’s first co-produced album, I’m Comin’ Over, also includes the new single, “Sober Saturday Night” featuring Vince Gill and the PLATINUM certified, three-week No. 1 smash title track.  The single and album earned him four ACM Awards nominations, including his first in the coveted Album of the Year category as both the artist and producer, and a Billboard Music Awards nomination for Top Country Song.

Hotel packages are available by calling 877-677-3456.  Packages are $390, $350 or $310 plus tax and include a one night stay in a deluxe king or double queen room, two tickets to the show and two dinners at Robert's Buffet.  There are a limited number of hotel packages available.

Gates open at 6:30pm and the concert starts at 8pm.  Reserved seating is provided in Tier 1.  Tier 2 will be general admission within the section with chairs provided.  Guests in the Tier 3 general admission section are welcome to bring a lawn chair.  Seating is not provided in Tier 3.  No outside coolers or beverages allowed.  Per the Iowa Smokefree Act, smoking is not allowed on the concert grounds.

Concert open to all ages.